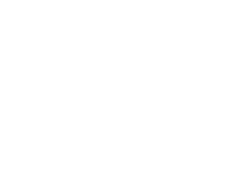 The LPO bird sanctuary network is the most prominent group of ecological gardens in France. Since the date of its creation back in 1912, the number of sanctuaries has steadily increased from 250 in 1924 to 15000 owners nowadays.

SOME LINKS TO FIND OUT MORE :

A team at your service

LPO Bird sanctuaries according to the national LPO_association

LPO bird sanctuaries allow individuals as well as corporate people to lead practical biodiversity conservation actions Either in a garden, a park or on your doorstop, whether it be in the city or in the countryside, nature can reveal itself extremely rich and diverse. Even the smallest of spaces, like a balcony in the heart of town, can become a nature sanctuary. Unfortunately, numerous once common species are facing difficulties such as the house martin, the blue bird or the June bug. By simple gestures and with a bit of common sense, you can protect nature and disrupt the loss of biodiversity. The LPO bird sanctuary programme gives you all the practical guidelines to do so. Hesitate no longer and create your own LPO bird sanctuary.

WHAT IS AN LPO BIRD SANCTUARY ? : Expand

An LPO bird sanctuary is a public or private ground of any size and status on which owners or managers :
Uses eco-friendly techniques respecting the environment and saving energy;

- Complies with ecological management principles;
- Favours biodiversity by adapting their garden accordingly.
- In any case, creating an LPO bird sanctuary implies to respect the quality carta

WHAT IS THE ROLE OF LPO BIRD SANCTUARIES ? Expand

LPO bird sanctuaries are in the heart of the green trail…

To counteract the widespread erosion of biodiversity, one needs to be able to build a coherent network of ecological areas. Their connection in urban, peri-urban or rural sectors enables to recreate « sanctuary » areas for wild flora and fauna
France’s regional planning law for sustainable development adopted by Parliament underlines the necessity to preserve biodiversity by implementing a « Green Trail », a real natural mesh allowing to fight against land use artificialization
The setting up of a coherent network of gardens and Green spaces favouring biodiversity , completely free of chemicals, such as the one implemented by the LPO Bird sanctuary programme actively contributes to this major initiative, enhanced by the Grenelle environmental agreements

Protected natural areas are more and more fragmented and it is very important to create junctions between them called ecological corridors. LPO bird sanctuaries in urban , peri- urban or rural areas actively contributed to the rehabilitation of such ecological corridors vital for the habitat displacement requirements of wild species.
A nature survey and follow up…
The heritage survey led by LOP bird sanctuary
Initially launched in 2004, this biannual participative scientific survey, easily carried out, enables to assess the ecological richness of the sanctuary network and to keep a regular record of common bird populations in order to know more about their distribution. Each sanctuary owner receives a mini identification guide allowing him to identify 40 common bird species, together with a bird count form to complete on a dedicated day in May.
The 2008 heritage survey dedicated to the observation of 40 common breeding bird species enabled an instant picture of the national distribution of the 20 most common species and to better assess the trends of their populations. 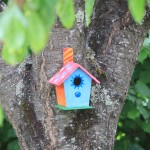 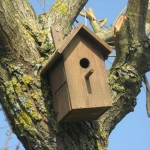 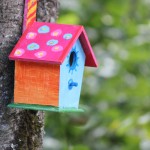